Cloud or Cloud computing: how to Explain what is Cloud Computing for your Grandma? 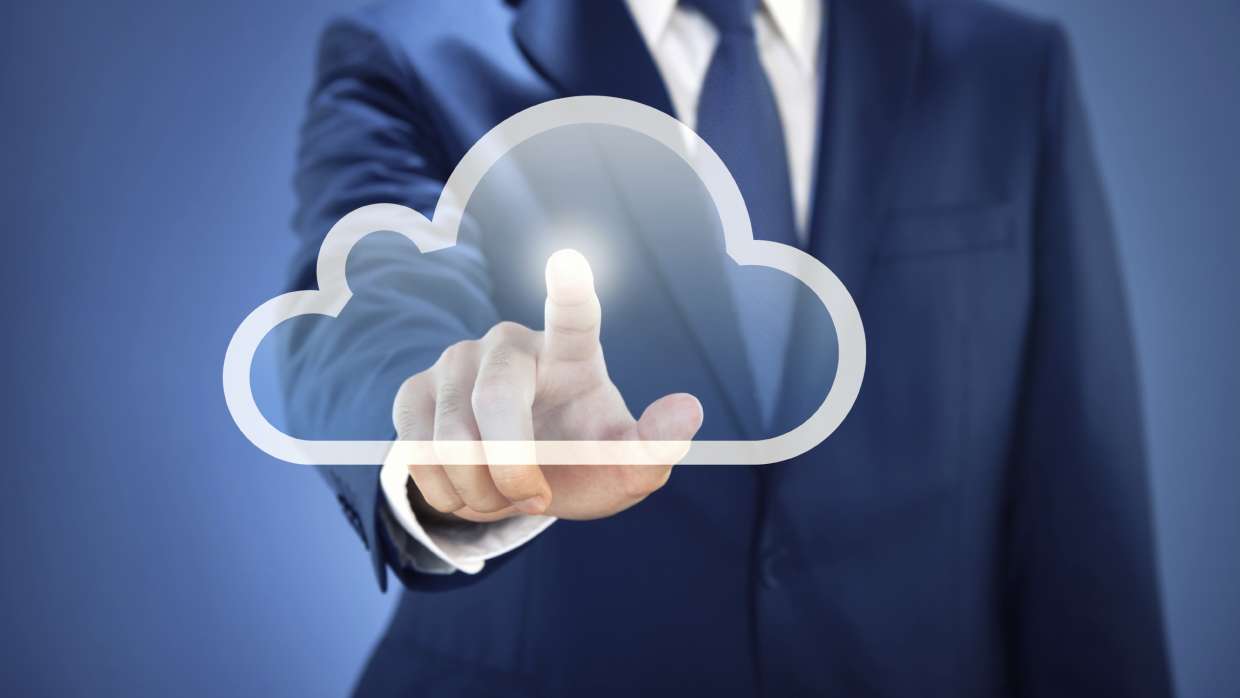 Cloud or Cloud computing is a term that has dominated the media. Even those not working directly with technology have heard of it. It’s extremely rare to spend a day without hearing someone comment on. What about you? What do you mean by Cloud Computing?

Recently, a friend who works in the area, said:

“- My relatives ask what I do at work, but I cannot adequately explain. What to say so when my grandmother one day asked me: “

“- My dear grandson, I know you work with computers thus you’re the ideal person to whom ask: What is this such CLOUD that everyone is talking about?”

He had no idea about how try to explain it to your grandmother.

I gave the following tip for my friend:

“ – What about using an analogy? In this case, talking about something day-to-day of your grandmother and hers grandchildren.”

– Grandma, do you remember when I was a kid and we’d go to visit you? You used pop popcorn using a large pot. The popcorn was so delicious!

– Yes, I remember. I had two or three pots of popcorn, but always a bit left over.

– Time passed, and you, Grandma, replaced the pot by a microwave oven.

– It’s true. At first I found odd for a while, but now I cannot live without it!

– Then you started to buy those packs of popcorn maize for use in microwave. It became faster and more practical, right? What changes have you noticed?

– Using the pan I needed oil, corn quality for popcorn, salt, piped gas, electricity for air exhaust and some other utensils. Also I needed to keep an eye not to let it burn. Using a microwave became more practical. I just need to choose the flavor of the popcorn as for instance: popcorn with or without butter, sweet or some other flavor. Today there are so many options that I even feel a bit confused! Instead of using piped gas now I use electricity. I just need to squeeze a button quickly and is ready to serve! Moreover, no need to concern myself with cleaning the pan, stove and other utensils. Convenience and speed!

– Now, what happens if all your grandchildren and other relatives arrived suddenly to eat popcorn?

– In this case, it would have to rush to the supermarket to buy more packages of microwave popcorn! Ahhh and before leaving, ask first for each one which flavor they prefer!

– Ah, my grandson, in this case, much will be only the desire to eat popcorn!

– Grandma, now imagine in your microwave had a button with the caption: “Popcorn in the Cloud“. Suffice it tightens and inform how many people, desired flavors and then when you want it be ready. Would it be cool?

– Ahhh my grandson! I think that would be wonderful, but it would be very expensive!

– The most amazing is that it would be cheaper than buying packages of popcorn for microwave and still cheaper than if, you had to use a pan!

– No, that’s impossible! By the way, how they would charge?

– Much like paying the gas piped you already use. In this case, you, Grandma, have a basic package that would entitle the X amount of popcorn daily. In addition, if any special needs arise, pay only for the exact amount exceeded. If leftover popcorn will return and will be reversed in credit for future use. This company specializes in producing all kinds of popcorn and amounts you can imagine. They have ultra-modern equipment; professional staff trained regularly, strict quality control, instant delivery among other benefits. Moreover, if you’re at the site, at the beach or somewhere else you can use the “Popcorn in the Cloud” button via your smartphone. It is Amazing, isn’t?

– Exactly! However, not with popcorn, ha ha ha! That computer you have, it can be used to produce a text document, a spreadsheet with simple or very complex calculations, a single image or a high-resolution, create or store photos, music, talk to someone anywhere in the world, search the Internet, play video games, sending e-mails and so many other things! Nevertheless, remember that you, Grandma, recently bought a new computer because the former was so outdated. That old computer could not do many things and it took forever to open some books that you enjoy reading? In addition, had no more space to save all photos received from friends and grandchildren?

– Don’t tell me about it! This new one is now so fast. It has enough space. I will never use all capacity it has!

– Grandma, do you remember also that last month it stopped working out of nowhere?

– I remember, it was so weird and I called you to see what had happened. Looks like it was a new computer virus … I do not understand any of it!!!

– Well, Grandma, it was a new computer virus even, well remembered! The system of protection and security of your machine was out of date and therefore could not detect this new virus. This happens to many people every day. Now let’s put the pieces together and complete the analogy of “Popcorn in the Cloud” to “Cloud Computing”.

– I think I understand the principle!

– Think that there are people and companies need to produce a document from one page to thousands of them, a simple spreadsheet calculations and others that require hours of execution because they are so complex. Send and receive from a single e-mail them to millions filtering out those that are potentially dangerous to users. Interact in a video conference with people from various places of the world without losing the quality of sound and image. Transact buy and sell virtually instantaneously and securely. Access bank account information. Find amid trillions of data finding efficiently and quickly the desired information. Store from a single picture until an infinite number of them. Imagine virtually any task that a computer can do and multiply it by thousands of thousands then multiply it by millions of people, and all done in a safe way. You no longer need to worry about updating the computers that do this or about what is newest in terms of safety or if there will be enough space to store it all because the companies that provide these services of Cloud Computing will take care for you or by your company. They provide assurances that ‘their popcorn’, so to speak, will be delivered on the requested amount and ‘very hot and crispy’. For example, there are certain times in the year, Black Friday for instance, in which the trade has peak sales and transactions needing the processing power of many computers, but most of the year the required capacity is much smaller, thus they have contracts guaranteeing the services and you pay only for what was actually used.

– Ah I got it! It’s as if I needed just a very warm popcorn package on most days, but on a Sunday or another day of celebration with a very large number of guests it is necessary hundreds of other packages with varied flavors. Everything delivered quickly, with quality and in a safe way!

– Exactly! Grandmother, now imagine the following scenario: all residents of the building where you live decides popcorn popping on the same day and time! Not only the residents of your building, but the entire neighborhood! Can you imagine the amount of corn needed to popcorn, electricity and other resources to make it happen smoothly? Perhaps your building would be without power due to an overload.

– I cannot imagine something so huge!

– Cloud Computing has all the capacity needed for this and is still able to save energy while preserving nature’s resources because it uses advanced technology, saving thus. For example, a single physical machine can host tens of virtual computers. In our analogy would be like if you had a super microwave doing a job of several others at the same time but consuming the same amount of power of just one. Another fantastic thing: the companies offering Cloud Computing provide other types of services as needed by the user or businesses. Everything depends on conversations about it and find solutions.

– I think I understand. It would be like if I want popcorn comes in different colors and custom packages or even other products such as marshmallows, ice cream and pizza, does not it?

– Yes, that even Grandma! Basically, what you can do at home on a small scale, but spending more time and money. Cloud Computing can do both things in small as in large scale, especially. Since you mentioned pizzas, I have another analogy for Cloud Computing using the example of pizza delivery. The Cloud Computing offers many types of “pizzas” so to say, only the disc; disc with or without sauce; packed with or without edge; thin crust, medium, coarse or super-thick; hundreds of flavors; half of one flavor and half of another; quarter of each flavor; size sprout; medium, large and giant and so on. The amount varies according to the needs of the customer and the delivery time efficiency of the pizzaiolo well as size and capacity of furnaces beyond the amount of couriers with simple or special vehicles. In short: a super simple pizza to a premium super special. Cloud Computing can provide only the basic framework for customer use, and in our analogy, it would be only a disc of pizza without anything or they can provide the full service, I mean, including not only the structure but also the programs (applications / software), databases, developers, analysts, complete security and a host of other benefits. Grandma, what’s the first thing you do when ordering a pizza?

– I pick up the menu; I see the options, photos of pizzas, which are the ingredients and prices. I make my choice then I do a phone call to ordering my pizza!.

– Companies offering Cloud Computingservices also have a “menu” so to speak. It’s an alphabet soup: pizza-flavored IaaS, SaaS, PaaS, MaaS, CaaS, XaaS among others. Each one with more or less “ingredients” and prices as the customer’s taste.

– Now, I understand better what this such a Cloud Computing is! I have another doubt.

– And this such guy, Big Data? Is him a Bill Gates’s relative?

– Ha ha ha, not Grandma! Let’s drink a yummy cappuccino that you prepares so nicely and I try to explain what that is!

Hope I have not complicated the matter further, and my friend can explain better for his beloved Grandma, what Cloud Computing is. At least opened the way for it.

A Portuguese version of this article can be read here.

Technology Information professional with 25 years of experience in cutting-edge companies as Microsoft, HP, Tivit and CITRIX. Helping clients to use technology to solve complex problems. Advisory for Cloud computing. Experience in the Publshing. Graphics and Printing segment on non-profit organization. Writer for tech and non-tech articles at LinkedIn and on the blog August Alexander.

You may also read!